Our Stems Are Fragile

You are here: Home / Latest Posts / Me and Mine / Our Stems Are Fragile 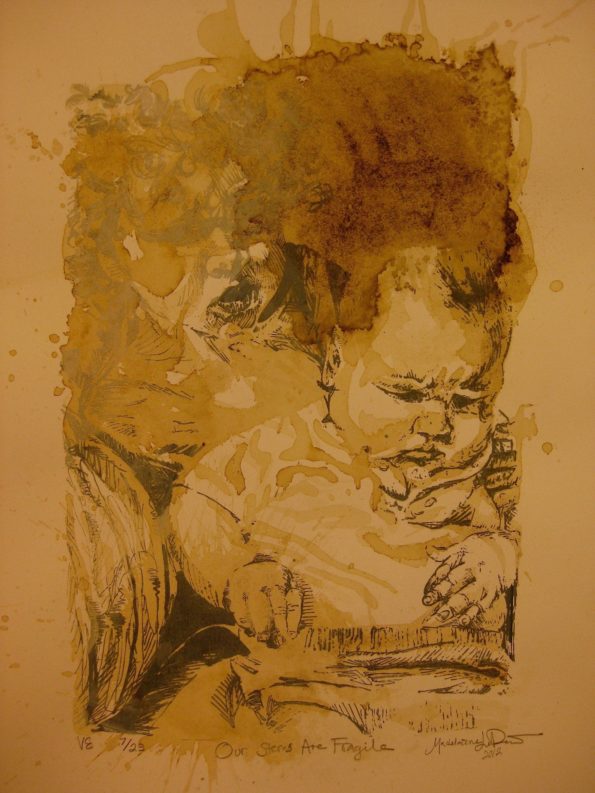 I was sitting at our messy kitchen table, contemplating the beginning of yet another school year.

Over the past five years,  my boys had been homechooled together.  This year, my youngest decided to defect.  To public school.  In the eyes of his homeschooling buddies, this was nothing short of treason.

Personally, I felt more relieved than betrayed.   It was no longer my burden to force-feed him knowledge.  I had enough on my plate already, just trying to  teach his older brother.

Like many homeschoolers, I sometimes feel cowed by the Board of Education’s long list of graduation requirements. Teens seem to have so much to  master these days, before they are even permitted to think about college.  How could I pretend to teach so much, and at such a high level?

Besides relief, I felt that empty gnaw in my stomach.  Like I was losing something precious: my dear companion in this adventure called homeschooling.  No matter how old, no matter how “ready” the children may be, you still feel the same when they leave.  It is the end of an era.

I sat once more at the table where we had always homeschooled, in one of our sagging red leather chairs, cracked and flaky from overuse. Once again my eyes rested on that  litter of arbitrary objects that ornament my kitchen wall.

Against  that buttery yellow that my husband has always detested, hangs the obligatory times table chart.  Beside that, of course, is a poster explaining long division.  And next to that is the hour-by-hour dry-erase schedule we always meant to use, but never did.

Near those nostalgic remnants of homeschooling past, hang a few framed art prints that my older daughter made during high school and  college.

For you see, we are not purely a homeschooling bunch.  We came to it rather late and almost by accident, much as we did to parenthood itself.   After working for several years, we had two girls and then two boys.  Ten years span the distance between the first and the last.  My older daughter started college the same year my older boy began homeschooling.  My younger daughter found her own path through public school and into college while the boys and I labored at home.  So my girls have experienced homeschool only as bystanders and observers.  And, oh yes, also as critics.

One art print depicts a pumpkin patch and two young children.   In this image, my preschool daughter holds her round and rather squirmy seven-month-old brother in her lap. Both seem annoyed at the situation, all furrowed brows and pouty lips.  But  clearly, it is Halloween.  And Mommy has made them sit  and pose for the camera.

There are pumpkins all around this cranky pair.  It is, after all, a sacred ritual to go out and pick the perfect pumpkin each year.   This year was no different.

This was the year my son had infantile spasms.

My son in the picture, my older  son, is now, at 16, a thin, lanky six-footer.  He has always been long and lean, like his father, even at birth.

You might wonder why, then, in this print, he looks so much like a baby Buddha.   Well, at the time  he had been taking steroids.  And doing so had  nearly doubled his weight.

At the ripe old age of six months, he needed to have a shot in the leg every day for six weeks.  Not to improve his batting average or to make him bike faster, but to try to stop those stupid seizures.

These were no ordinary seizures.  They were not the kind that epilepsy medicine could easily correct.

These were the kind of seizures where the doctor takes you aside, and finds a quiet room, and tells you and your husband that he doesn’t know what will happen to your child, but that he may never be able to walk, or talk, or feed himself.  And that it is doubtful whether he will ever be able to learn.

The good news is that  the seizures did go away.   And now my son does all these things and more : he walks, he talks, he feeds himself and he learns.  He is a complex, interesting, enthusiastic and, occasionally, aggravating teen.  Like any other.

He is also a walking miracle.  Which is a good thing to remember, when he, nonetheless, has trouble doing what others do, as fast or as effortlessly as they do it.

My daughter named the print “Our Stems Are Fragile,” after the sign that stands in  the pumpkin patch.  She is a gardener as well as an artist, and could expound at length upon the whys and wherefores of removing a stem from its designated pumpkin.  Suffice it to say, the pumpkin doesn’t like it.

Why should something that looks so very much like a handle not be used as one?  If you do pick up  a pumpkin by the stem, even in the spirit of fun, you may inadvertently break the  stem and set into motion its rapid descent into decay.  Pumpkins are generally very hardy beings, and will last for months in storage if they are treated properly.  But all that potential is lost if the stem is broken.

All I have to do is look up at the wall to remember that time, and what a cranky,  fussy, ravenous mess my son was.

But who could blame him?  He wanted to be at peace again.  He didn’t want to be yanked about against his will.  No one wants that.

So, when I homeschool, I try to remember that suffering: the helplessness of a small baby being controlled by a powerful, ruthless force.  I try to remember my own power, and  to be at least as careful with my children as I would be with those delicate, ripe pumpkins in the pumpkin patch.

I  try to remember:

to lift them gently,

and  never  to yank them about.

And I remember the silent sign that warns me:

“Our Stems Are Fragile.”