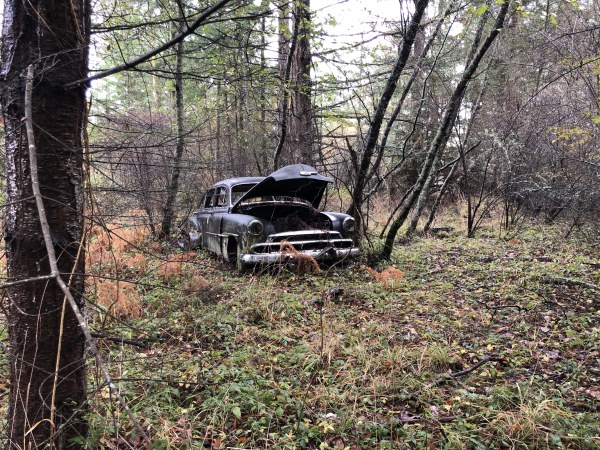 You are here: Home / Let Bygones be Bygones:Archives / Poetry of Yesteryear / Figureheads
January 23, 2019 by Andrea LeDew

{This is a response to a prompt from Friday Fictioneers.  We are to write 100 words, inspired by the photo.  Photo courtesy of Ted Strutz. My rhyme scheme, once again, took me beyond the limit to 105.  Sorry.

The prompt photo led me to look at various radiator caps/hood ornaments, designed from the 1920’s through the 1960’s, and placed as decorations or marks of distinction and brand, on the hoods of cars.  Some were custom-made, by designers as renowned as René Lalique.

Many featured figures from Greek or Roman mythology, especially characters known for speed, such as Hermes/Mercury, or animals, such as eagles or rams, that were also known for their speed or strength.  The three-pointed star you may recognize, as the Mercedes emblem.

It is also interesting to see, how these emblems morphed over time, to adjust to tastes in design and political correctness.  The amber-faced Native American that Pontiac used, very early on, is a good example, as it becomes much more abstract over time.   Plymouth used a ship, like the Mayflower, at one point.  The DeSoto emblem,at first, looked like a portrait of the conquistatador, Hernando de Soto, but then became more stylized.

These emblems were eventually determined to be a safety risk to pedestrians, who tended to get impaled by them, and for the most part, they went out of style.

A good selection of photos of these ornaments can be found here.

Thanks again, for the prompt and for stopping by to read!}

Before our politics, most correct,

We dressed our ladies in steel-chrome,

And Prosperity was Destiny,

Bestowing on us, what we most desired;

And we parked, with head-dressed Indians,

Beaming amber-visaged toward our porch.

We imagined speed was our savior,

And DeSoto would conquer our demons,

Wearing ruff and crown of metal-ry.

But now, Phaeton hijacks our carriage,

Kicks his heels way up, and, flags unfurled,

Our steel-ship takes a nose-dive,

And sails right off the edge of the world.

For a tale for car-enthusiasts and technophobes, read Twisting Wrenches.