You are here: Home / Let Bygones be Bygones:Archives / Going Back Home
January 30, 2017 by Andrea LeDew

Homeschooling has been on the back burner during the holidays.  Not that I ever hear any complaints.  I recently asked my son if he wanted to go back to high school. This past  fall he  attended an accelerated high school program, but,  like many of his fellow former homeschoolers, he wasn’t there for long.

I should not have been surprised when, about half way through my son’s eighth grade year, his father suddenly announced that he would be attending a “real” high school in the fall.  He was firm on this issue.  My protests were in vain.

So, I dropped everything.  I jumped through hoops, going on school visits, arranging and paying for testing, filling out forms (both necessary and unnecessary), documenting his middle school years ad nauseum:  All of this to prove (to the equally skeptical school authorities) that he was indeed worthy of their accelerated program.

It was exhausting.  But when he finally was accepted, it was a kind of vindication of all those long years spent homeschooling.  Clearly a job well done.

Both my husband and I enjoyed a moment of pride, although for different reasons.  Little did we know how short-lived that moment would be.

Six weeks into the school year, my son was already pleading to be homeschooled again.  He and I had a number of conversations to figure out what it was that he found so unbearable.

Reasons Why I Want to Leave High School and Homeschool Again:

Managing My Materials and Time:

It was confusing and hurtful to hear that he felt left behind, confused and alone.  I knew from testing and just watching him learn that he had already covered material above and beyond his grade level.

The problem was not that his education was inadequate, but that it was not standardized.  He had learned everything that the other kids had, just not at the same time, or in the same order.  On top of that, he didn’t know any of the routines that eat up your time: getting your books out, using your locker, finding your way to class, standing in line for lunch etc. Being out of step in these ways made him feel like he didn’t belong.

Meanwhile, the other kids plainly could write and take notes by hand much quicker than he could.  We hardly ever wrote in our homeschool without using a key board. Had the tests and assignments been typed, he would have had no problem.

After pleading for days, my son finally had the opportunity to present the list to his dad, over pizza.

One by one he counted them off.  He addressed every objection.  He showed his dad that he was truly suffering, and suffering needlessly.  There was another way.

Confronted by this list of grievances, sincerely expressed, my husband was touched.  He caved.  It moved him to a quality rare in public school:  Mercy.

He insisted on  one caveat.  We must get out there and do things with other kids.  My husband was worried, not about any lack of academic rigor, but about the boy becoming a hermit.  He remembered high school loneliness and did not want to visit that particular pain upon his kids.

Having let my son do most of the arguing, I had to bite my tongue at this point.  Had my husband just brought up the tired argument that homeschoolers suffer from a lack of socialization? Was this not the number one myth circulated about homeschoolers, and the one with the least merit?

Deep breath.  We needed to accept these terms, no matter how misguided his reasons for insisting upon them might be.

I have never seen my son so happy.  A great weight had been lifted off his shoulders.  He was giggling to himself, crying tears of joy the rest of the evening. 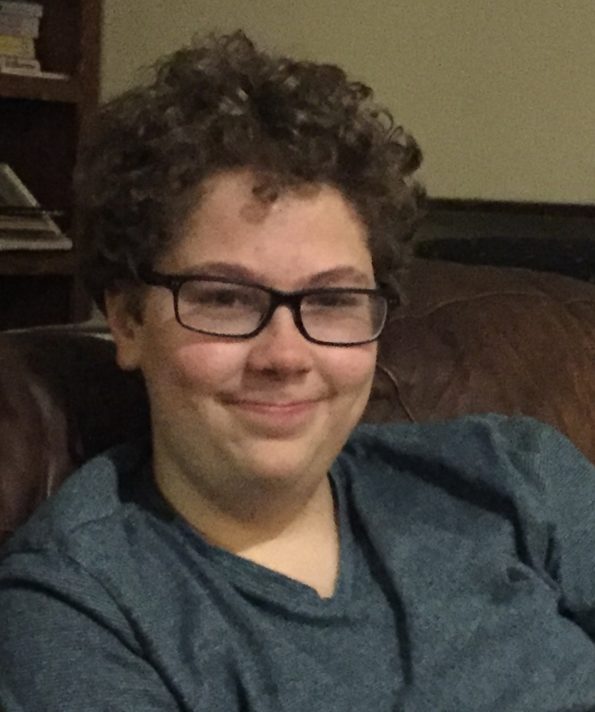 And even now, six months later, when I ask him, “Do you want to go back to high school, now, honey?”

Previous Post:Changing Names
Next Post:Make Hay While the Sun Shines