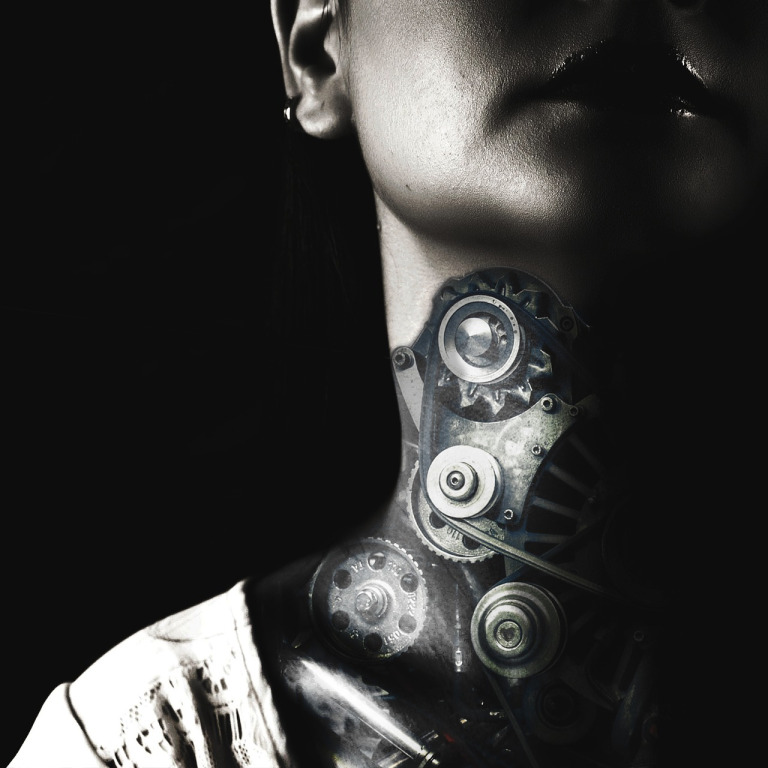 You are here: Home / Let Bygones be Bygones:Archives / Fiction of Yesteryear / Hysteria
August 21, 2018 by Andrea LeDew

This flash fiction piece describes the new fashion which is all the rage in Paris. By Andrea LeDew. Originally part of Tuesday Scribes prompt by Mike Jackson with picture from Pixabay

{This is a challenge by Tuesday Scribes, run by Mike Jackson, to write a 150 word piece inspired by the photo provided.  Thanks for the prompt and thank you for reading!}

The fashion industry would never be the same.

Errionautics’ entry into the Paris scene was as abrupt as it was fabulous.  The producer of nanobots and techno-sleeves had taken Spring Fashion Week by storm.

Everyone wanted an Errionautic neck-sleeve, replete with toothy moving gears, gizmos and whirligigs.  Appropriate to any gathering, this accessory was surprisingly realistic, whichever line one preferred:  Steampunk  or Musculature.

True, customers experienced a general feeling of breathlessness, of malaise.  Some felt discomfort at the squeeze the neck-wear invariably placed on the underlying trachea.  Occasionally, chafing at the hinge was reported.

Errionautics rightly dismissed this feedback, as the senseless mutterings of hysterical women.  The corset had endured worse, and now, look how it had returned to its former glory.

The recent popularity of Eugene Bartok’s book, “The Psychology of Tightness,” hurt sales, to be sure.  Bartok was a nuisance, but, thank heaven, he was no Sigmund Freud.