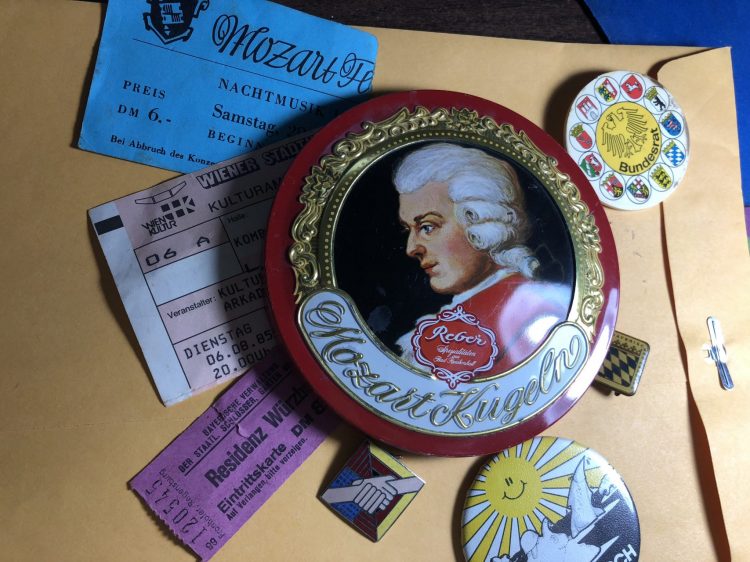 This flash fiction describes some of the sacrifices people made to obtain freedom during the Cold War. By Andrea LeDew written for What Pegman Saw.

{This is in response to What Pegman Saw.  The photo this week is from Romania: Bran Castle, where Count Dracula is rumored to have lived.

Although my story does deal with the demons of the past, its relationship with Romania has more to do with its identity as an Eastern European country. Since this week was full of news about packages, my story also involves a package, delivered circa 1990.

For the history behind it, see this Wikipedia article and skip to “Fall of the Berlin Wall.”  Many photos are there, as well, from various stages of the wall being built, in 1961, to its being hammered away at, by civilian “wall woodpeckers,” to its dismantling, to the commemorative sections still left standing.

Enjoy reading and thank you for the prompt!  Thank you, also, to Penny, for helping me to flesh out a rather emaciated first draft.  Hope it’s better now!}

Helena blinked at the postmark.  Berlin.  The handwriting seemed familiar.

Why shouldn’t Dieter contact her, out of the blue?  Every other aspect of life, recently, surprised her.

Days before, The Wall had come down.

The Iron Curtain, separating West from East, Americanism from Communism. Kaput.  And down with it, came the Cold War world.

Though they had met on West German soil, Dieter was from the East.  He, and many other students, had left their beloved Poland, Romania, or East Germany behind, paying no small price for the privilege.

After being given the perk of coming West for a conference, Dieter defected.  His parents stayed behind.

Escaping, back then, seemed heroic.

Helena dug deep into the envelope.  Wedged in a corner, she found a polyhedron of colored plaster.

A memento.  A piece of The Wall.