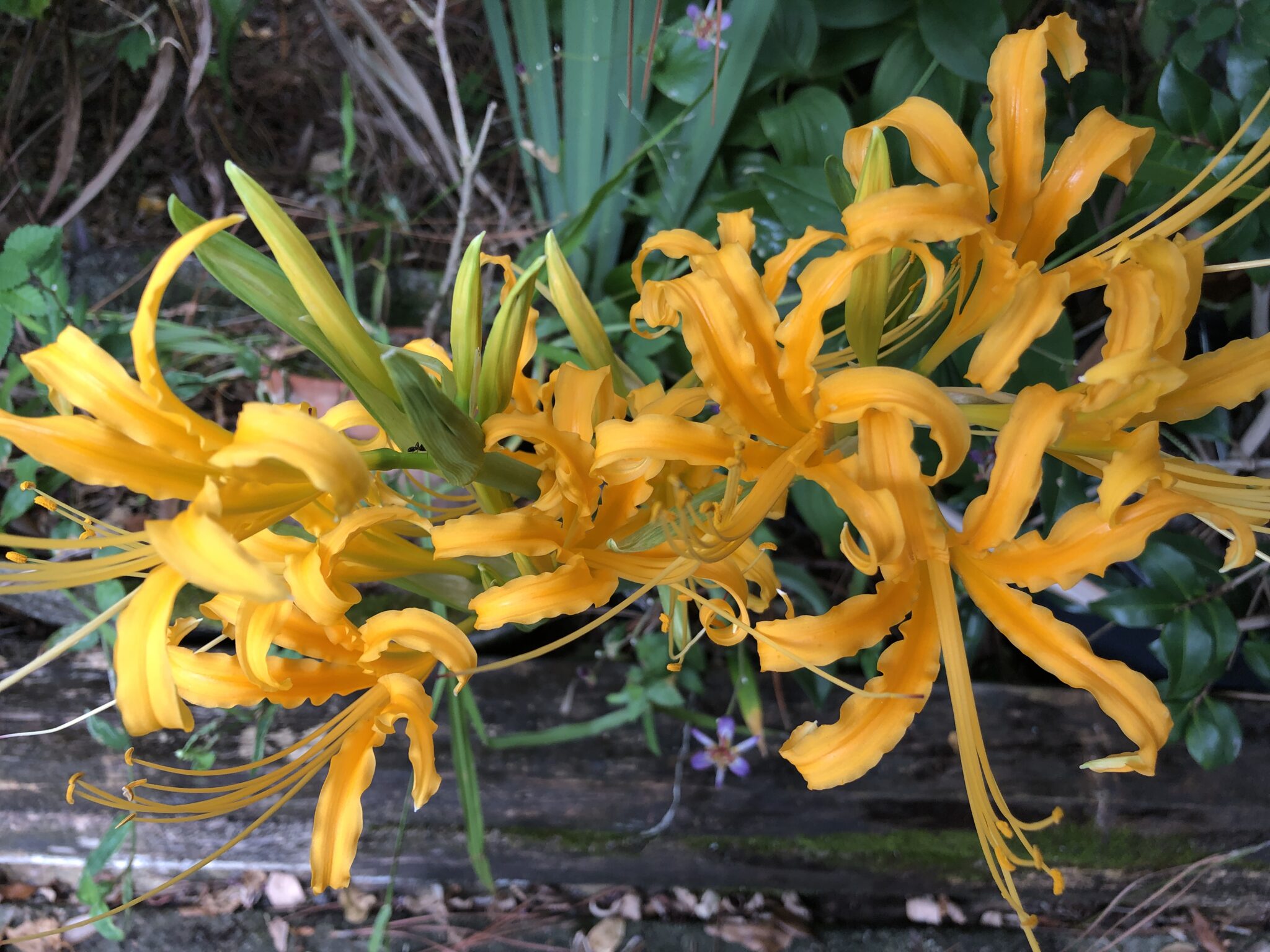 This is the fourth installment of my story Resilience. The previous episodes can be found here: Resilience I, Resilience II, Resilience III. The story is about a homeschooling family consisting of a mother and two sons, and we follow them on their journey. Hope you enjoy reading it as much as I enjoy reading your comments! Thanks for coming by and supporting my writing efforts!

The movie theatre, the Royal, at last opened its ornate, white-painted doors to the waiting homeschoolers.

No doubt others were also there, to see the matinee.  But those people were waiting in their cars, or standing at a polite distance, from that suspicious group of ragamuffins crowding the theatre’s stoop.

“What are children doing out of school, at this hour?” they may have been wondering.  Their faces clearly seemed to disapprove, assuming one could pretend to read such a maze of wrinkles and scars and grizzled skin.  “This was not allowed, back in my day,” one might comment, to another, with a gentle elbow in the ribs.

Evan and Sam laughed, as Aiden mimicked the old men and women, waiting in their cars and standing nearby.  They looked menacing, as if the children had somehow stolen something from them.  Their peace of mind perhaps, or their peace and quiet.  Perhaps they felt annoyed, that their expectation, that between the hours of 8 and 3 they would have the downtown area to themselves, had been dashed.

“Children shall be seen, not heard!” Aiden quavered, summing up his caricature.  He raised a slightly shaky fist.  Sam and Evan and a few other kids nearby giggled.

Children’s bodies, washed and unwashed, swarmed into the lobby of the Royal.  A buzz of conversation ensued, as they raced en masse up the steps, like water moving upward.  They flooded the balcony and then dribbled off into little eddies, friends with friends, newbies with newbies, judging each other’s suitability as a companion, based on nothing more than facial expression and body language.  The young mixed with the older students, crisscrossing family and schoolish age-and-accomplishment-based divides.  Some, like Sam, sat alone out of spite.  But most kids found a comfortable group to belong to, within seconds.

Parents settled, as usual, in the upper row of the balcony, where they could keep a watchful eye.  Meanwhile, the reluctant seniors shuffled in down below, sparsely occupying the nearly empty ground floor seats, where no stairs (or children) presented a challenge to them.

The lights dimmed and the show began.

Although it was a new movie, and probably created, primarily, for its entertainment and sales-generating properties, these homeschool moms and dads sitting in the make-out row would soon spin straw into gold and turn such trivial entertainment into a learning experience.

How to sit still during a whole movie—that was a good lesson for the little ones, some of whom were too little yet, to even be registered as homeschoolers.  How to keep quiet during a movie—that lesson proved challenging for everyone, including the parents.  But the seniors’ shushing from the seats below kept everyone in line, and made them aware, that their choices had an effect on others.

But life skills were not the only domain this outing helped check the boxes for.  How to make friends with people you’ve never met—social skill.  How to deal with rejection and try again—social skill.  How to be apart from your parents and somehow survive—As much as some of the most attached parents hated to admit it, this was the most crucial skill of all, the final and highest purpose of education.   A child who possesses independence and resilience and a willingness to learn–well, that child is unbeatable.

Each family member would leave this movie with a fresh, new perspective.  Whether the movie was good or bad, well- or poorly-made, they would each emerge from the theater a slightly different being, than they were, going in.  The movie might inspire a new hobby.  One child might draw about it, another write.  A third might crunch the numbers, to figure out how a stuntman managed a particular feat of onscreen magic.

It didn’t matter what they learned.  Aiden had heard Mom say this, dozens of times.  As long as they did learn.

“If Mom makes me write another movie review…” Sam muttered with disgust, loudly enough for Evan and Aiden, two rows up, to hear.

Soon the Dolby sound became deafening, and everyone was still, riveted by the constant movement and razzle-dazzle on the screen.  Alvin and his friend with the long blond hair, Sandy, kept standing up at exciting moments, a row or two ahead of Aiden.  Or he’d crane his neck back, looking first at Aiden, and then over his head to the make-out row, to make sure that, in fact, Mom was still there.

At least things were better than last year.  Aiden didn’t have to sit next to Alvin and listen to his whining.  At least he had a bit of space this year.  In fact, he might even sit a bit further from Mom this year.  Mom wouldn’t mind.  Then, people might not even notice, that he and Alvin were related. 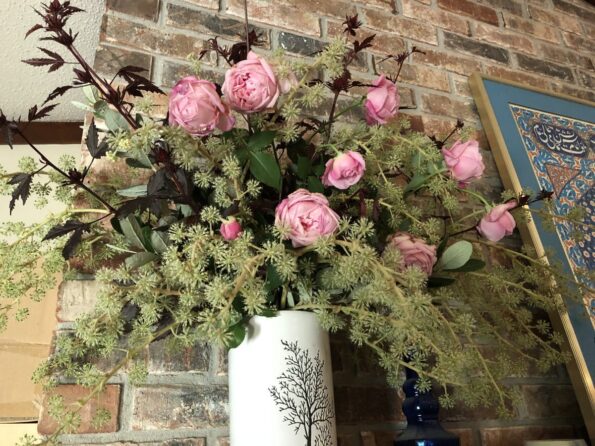 The movie’s climax had everyone gasping for breath, and then, it was over.  The lights came on and teenagers in striped shirts appeared at the exits with little dustpans and brooms.  The group got up in drips and drabs and shuffled out.  Fun time over.  The parents followed their children at a respectful, not-too-intrusive distance, as the little ones skipped down the steps into the lobby and a few kids hid behind the velvet drapes near the snack stand.  Teenagers were sternly warned, not to slide down the banisters, even though the banisters so unequivocally begged to be slid upon.  As they came closer to the street, the parents of little ones swooped close, to catch a tiny hand or two, and everyone said their goodbyes.

“Alligator Farm next week!” Mom called out to the departing families.  “Don’t forget!”

Evan and Sam and Miss Lilly hung around, waiting to catch Mom’s attention.  As leader of the unschooling group –if that is not a complete oxymoron, something like: “as leader of the stampeding buffalo, racing across the plains”, or “as leader of the lemmings, heading off a cliff”—Mom was someone everyone wanted to say hello to.  She gave hugs and cheek kisses, and remarked on children who had grown, and those absent, because they had aged out, or graduated, or, Heaven forbid, defected, to the traditional school system.  “Only to return,” as she always said.

After fifteen minutes of this, Miss Lilly finally summoned the courage to speak up.

“Going to the library?” she asked.  Her expression was one Aiden recognized from Alvin, whenever he wanted to be included in Aiden’s activities, despite his youth and obvious lack of skills.  He could only drag down the game, whatever it was.  But he wanted to join in, if only because Aiden was there.

Mom brushed off her hands, something she always did, when starting something new.  “Library.  Right.  You up for it, boys?”

Alvin piped up, “Oh, can we go to the children’s section?  They have the slide and the big beanbags and cushions and the Makerspace…!”

“Yeah!” chimed in Sandy, who was lingering nearby, with his mom, Miss Carol.

“Carol, is that okay with you?”  Mom began to gather up her selection of cloth grocery store bags.  One contained sandwiches, and Aiden’s stomach suddenly growled, so that everyone could hear it.

Sam giggled: the sweetest sound Aiden had ever heard.  He blushed.

Miss Carol was a tall, bony lady, with fierce cheekbones and a square jaw.  Her hair was very dark, almost unnaturally dark, and her age was impossible to guess.  She smiled with her mouth closed as if to hide her teeth, which weren’t that bad, after all.  Aiden was a little afraid of her, but Alvin loved going over to Sandy’s to visit and seemed immune to her many terrors.

“Sure, why not,” Miss Carol agreed, and looked directly at Aiden, not smiling.

Aiden felt a chill go down his spine.

“But I think first, we’d better have some food.”  Everyone laughed and they all set off as a pack, to the park near the library.

Aiden and Evan hung back, to be cool, and Sam slunk alongside Aiden, momentarily.  “You looked like you thought she was going to eat you,” she said, her face inches from his own.  He noticed she wore a flourish of black eyeliner under her green eyes.

Sam continued to march forward to the head of the group, in her goth army surplus boots.  Aiden could not help feeling ecstatic.

“She spoke to me,” he breathed.

For a quick story on a firm of lawyers holiday party, read Filcher’s Row.