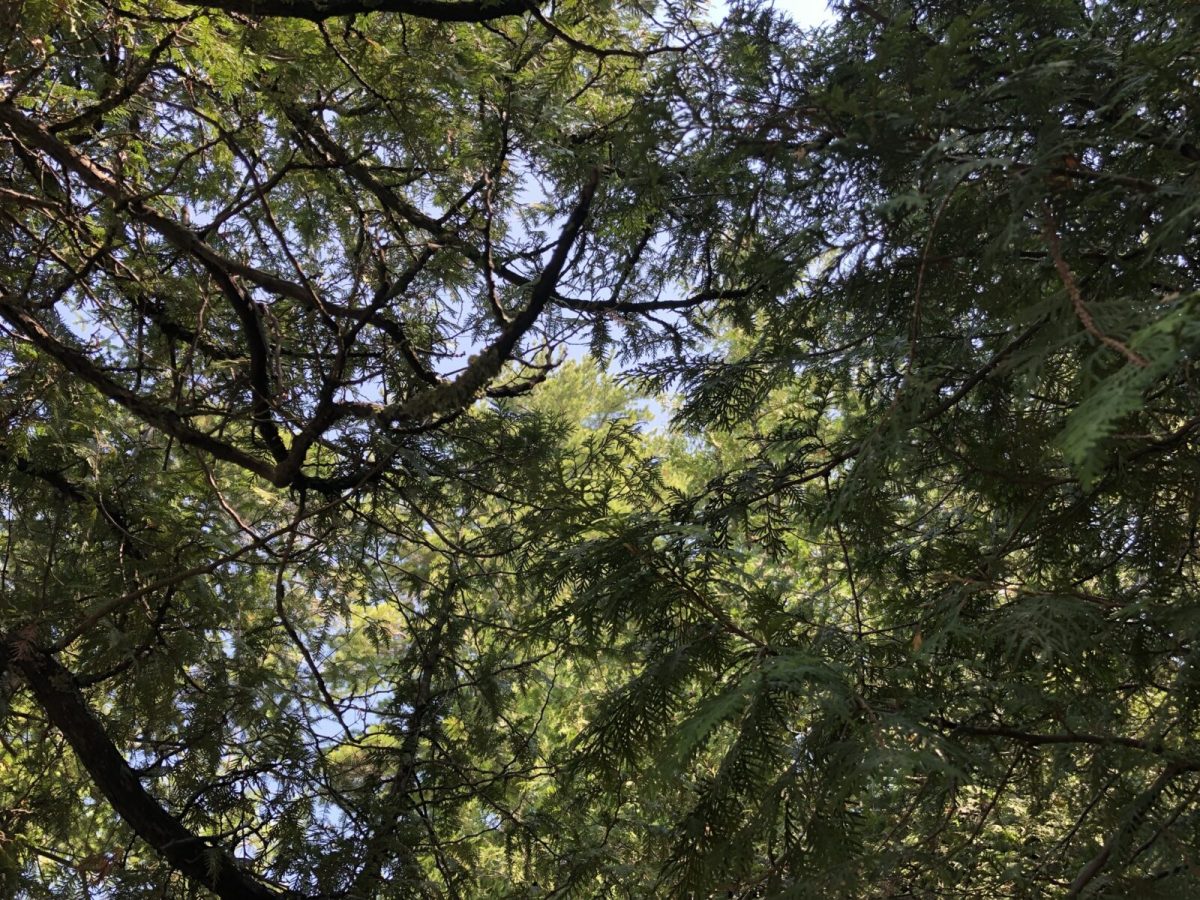 You are here: Home / Latest Posts / Resilience Part I
October 1, 2021 by Andrea LeDew

This is Part I of a story that I am publishing here as a series of episodes. It concerns a fictional family, who, for their own reasons, have taken homeschooling to greater lengths, than I, myself, would ever have attempted. Yet I feel a sense of awe, in the presence of such courage and originality. I hope you enjoy watching, as their story unfolds for us both!

Mother and the boys sat by the river, in a pose of meditation.  They had laid down the usual plain pastel tablecloth as a mat over the bumpy rocks and cypress knees and long, scratchy grass.  Mother had pulled back her long, unruly morning hair under a fuchsia kerchief, so that it nearly disappeared.

The boys, Alvin and Aiden, 8 and 12, squirmed only slightly.  By now, they had learned to avoid their mother’s wrath.  Those first few minutes of sun salutation, at the beginning of each day, were the one time, when their own hyper-alertness and their mom’s lack of caffeination were most likely to set them on a collision course.  Their mother had learned a similar avoidance technique years ago, to avoid the back of her own father’s hand.  She had learned to kneel in a pew for endless painful minutes, without movement or complaint, while a boring old man said prayers, and obliquely criticized her fellow parishioners.

Children were resilient, that way.

Aiden, the eldest, sat on Mother’s right and Alvin on her left.  These were their assigned places, as inflexible as any seating chart.  They waited for the sun to rise over the opposite, east, bank of the river. An easy swim from here, if it weren’t for the current.

Their rooster, Harry, crowed, and dawn cracked on the horizon, spread its fingers over the shaggy, Spanish-moss-covered slash pines opposite.  Adrian loved a Florida sunrise.  The air was buggy but cool, on the river, relatively speaking.  It was less damp and muggy than it had been all summer.  And a sense of anticipation was in the air—a new school year.  Or un-school year, in their case.

They rose in harmony, together, stretching high to touch the sky above, and then bending forward as one, to touch the ground.  Their heels reached back, and their toes stretched at right angles to their feet, to support their now prone lower body.  From the push-up position, they then jumped their feet forward, between their hands, like happy frogs, and rose again to touch the sky.

The two nodded eagerly.  She never said, “of school,” though they knew, this was what she meant.  Living off the grid, rejecting society as they did–as a matter of principle–meant many words were left unspoken.

The boys leapt from the tablecloth and scrambled up the sandy bluff, toward the hen house, which was perched just at the edge of the forest.  Their little clearing on the river was six or seven feet up, on a bluff, and covered about two thousand square feet, though most of it was outside.  It was like having a suburban house, but open to the elements.  Fresh air in winter, hot sun in summer, water nearby to cool you, and lots of nature to study and explore, when there weren’t chores to be done.  And for sleeping, they did have a small shack, but no one ever spent any time there.

Mother had inherited the land when Grampa died.  It was a camping spot he liked to go to.  He would bring his fishing gear, and a canoe, and build a fire in the center of the clearing and set up his tent nearby and drink hot tea from a mug.  He would find a stick somewhere in the woods and go for long rambles, always with his dog Ivory, at his side.

Ivory was an improbable type of dog for camping.  Willing, yes.  He was the size of a hunting dog, so bears or racoons would have to think twice before attacking him.  He had a mean bellow that kept most of them away.  But he lacked camouflage, white as he was, with a curly-cue tale that punctuated his movements like a question mark. This, in Aiden’s opinion, detracted from his credibility, as a means of defense.

When Grampa died, Ivory became Aiden’s dog.  Aiden knew Ivory was his, because the dog always came to him.  And now, as Sun Salutations broke up and Chores began, Ivory padded over from his spot by the fire, shook his hair of the dust that permeated it, and nosed Aiden in the face.  Aiden didn’t mind.  This was their morning ritual.

Alvin didn’t have a pet of his own, and had begun to consider this a serious grievance. But, as the eldest, Aiden was not particularly interested in what Alvin felt.

Aiden and Alvin grabbed their baskets from outside the henhouse door and opened the latches.  A ruffle of feathers and squawking filled the air, and all ten of their brood tumbled out, to grab the best of the bugs and worms that dared to walk the surface of their clearing.

This left the henhouse empty, allowing the boys to make short work of egg collecting.  The eggs ran from brown to yellow.  Not a white among them.  And the chickens were not the white with red crest ones, like in the storybooks.  They ranged from russet to tan, with a few white-and-blacks.  Those had such fine, feathery legs that it looked like they were wearing trousers.  Angel, Trumpet, Winnie, Camilla, Harriet, Emily, Sandy, Dalmatian, and Spot were the girls.  Algernon was the rooster.  He had his own bachelor pad, nearby.

The boys scattered seed on the ground and the chickens followed the trajectory, abandoning their positions at the first batch of seeds, and each clambering over the other in a wild melee, trying to get the freshest, most recently scattered seeds for themselves.

“Well, well,” said Mother.  “Nine for us and nine for baking!”  she cracked the eggs in a pan, added butter and stirred.  She had already gotten the fire going in the center of the clearing.  The cast iron pans and implements stood at the ready in their carrying case which she had fetched from the sleeping shed.  “Whose turn is it to make the eggs?”

Alvin hid behind a tree and Aiden shrugged.  “You make them best,” he grinned, giving his mom a side hug.  The compliment worked. In five minutes, they had grub.  They washed their hands at the well pump, which Grampa had dug years ago to tap into a nearby spring.  The water was excellent, and mom made soap every six months or so to keep the worst of the grime and germs at bay.  But she knew each boy was bound to eat a pound of dirt, no matter what she did.  Dirt she could accept.  Salmonella, not so much.

Alvin and Aiden ran to the pump again, one pumping while the other washed his dishes and washed his face and hair with soap.  “Don’t forget your ears,” mother’s voice rang out across the clearing.  She was inside, moving their sleeping cots out of the way, to set up a card table inside the sleeping shed.  She pulled a few shirts and shorts out of the hamper and laid them out for the boys.  “Come change! Now!”

Ivory followed them, as they ran to the shed, but waited obediently outside, as they changed.

They emerged, shoes and all, combed and neatly dressed.  Mother always regretted the fact that they had no camera, no cell phone, to capture those brief moments, when the children looked almost civilized.

Mother stamped out what was left of the fire and grabbed a net bag, that carried her keys and wallet.  “Get in the car!” she called.  “We’re going to town!”

Check out this poem about mothers and all they do: Mother First. Look for Part II of Resilience, coming soon!