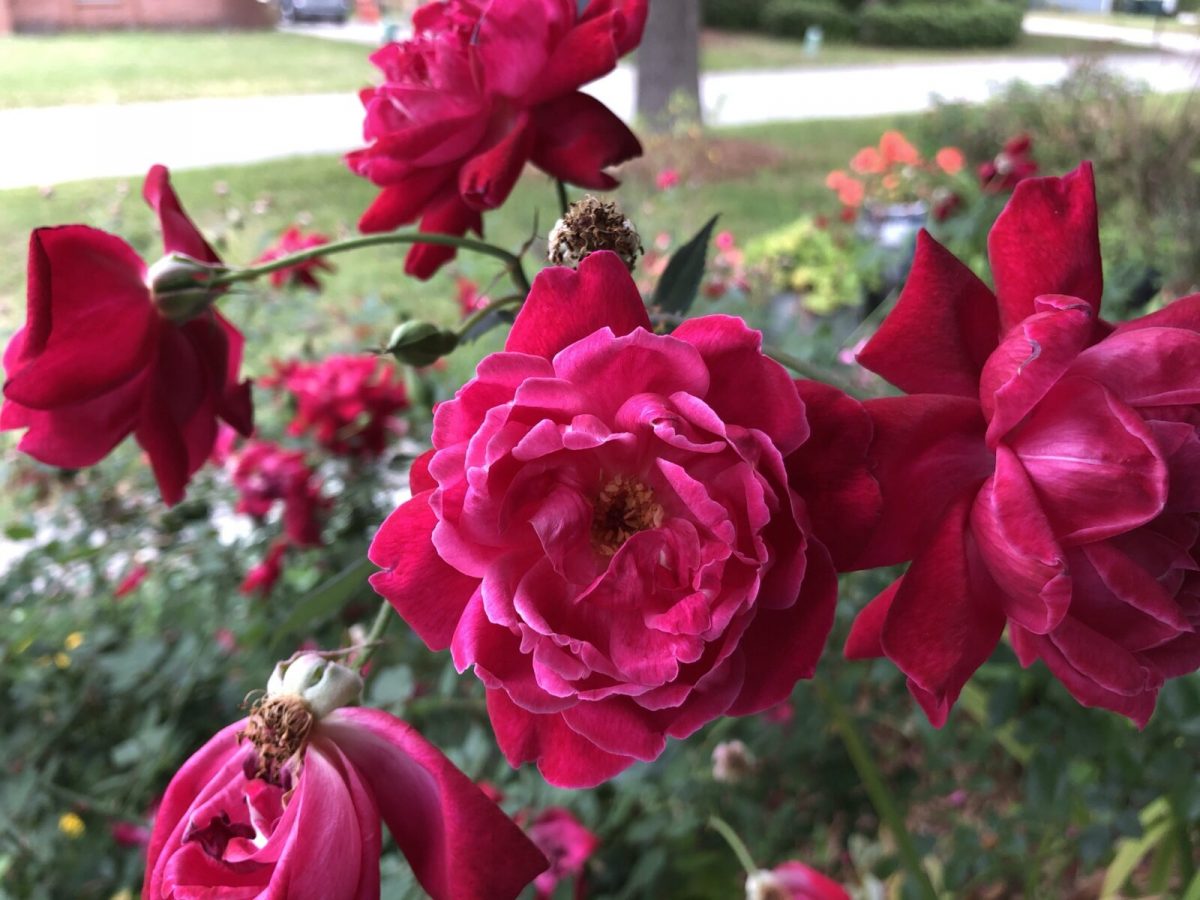 This is episode six in the story Resilience, about a mother and her two boys as they homeschool. To read the other five episodes, please check out Resilience I, Resilience II, Resilience III, Resilience IV and Resilience V. It makes more sense if you read them in order, but that’s up to you. You can save yourself the trouble of hunting the episodes down, by signing up for my newsletter. That way they will end up in your inbox weekly, as they appear.

Thanks for coming by to read!

At last, they had made it into the library.  Alvin and Sandy and the moms headed to the children’s section, but not before stern warnings were issued.

“Don’t leave the building!” commanded Miss Lilly, in a fierce whisper.  Sam widened her eyes as if to say “Who me?”

“Okay,” said Evan, ever the peacemaker.

Sandy’s white-blond ponytail bobbed away, toward the other end of the library, but his mother, Miss Carol, threw one last angry look over her shoulder, at Aiden.  Aiden had no idea what he had done to deserve that.

“So, what is there to do here, anyway?” asked Sam in a low tone.  Her black nails once again seemed to consume her attention.

“The card catalog is first. You have to see it,” said Aiden.   He walked confidently over to the enormous dark wooden box, balanced on incongruously slim animal legs. With pride of place, the ornate carved piece, gifted by the late, great Andrew Carnegie, along with this marble mausoleum of learning, took up the central portion of the walkway to the information desk.

“There are so many drawers!” marveled Sam, pulling one towards her, energetically.

Of course, unbeknownst to Sam, the slim drawer was not hinged in the back. Once she pulled it all the way out, it collapsed on top of her Goth boots, and spilled its contents, in no particular order, certainly, not that of the Dewey Decimal system, all over the floor.

“Children!” whispered a librarian at the desk angrily.  Sam looked around wildly, and seeing, that she was the center of attention, returned, in her loudest voice, “I am not a child!  And what is this thing, an accident waiting to happen?  What are all these cards for?  Isn’t this all on the computer anyway?”

Evan and Aiden busily gathered the cards up off the floor.  Evan silently brushed off the drawer, and inspected it, for cracks and chips.  He marched over to the information desk.  Aiden followed, his arms overflowing with index cards.

“Good as new,” Evan whispered, grinning sheepishly at the thirty-something, rail-thin woman librarian, sitting at the desk.  She pulled the empty drawer toward her, inspecting it, herself.

Sam still stood in the center of the hallway, near the serious and dignified remainder of the card catalog, inspecting her nails, as if she had had nothing to do with the incident.

“Shouldn’t you boys be in school?” asked the librarian with a meek smile.

Evan smiled back.  No one could be mad at him for long, and he knew how to pursue his advantage.

“We’re homeschooled,” he shrugged.  “Just checking out the cool card catalog.  But my sister, you know—she’s never been to the public library.  And I guess they don’t have card catalogs in schools, anymore.  Doesn’t even know how to use one.”

The librarian looked at Sam and joined Evan in a little snicker.  “Is she not homeschooled?” she asked.  She seemed in no hurry, to return to her previous activity: scanning in books that had been dropped off, via the parking lot drop box.

“She is now,” said Aiden, in Sam’s defense.  “She’s just a little new to it.  She started this summer.  And no self-respecting homeschooler goes out in the summer.”

“Really?” asked the librarian.  “I thought that was when kids usually went out, to do all the fun things in town.”

“Exactly,” said Aiden.  “Who wants to go to the zoo, or the waterpark, or the museum, when it’s teeming with schoolkids?  That’s why we go during the school year.  We can have the place all to ourselves.”

The librarian nodded, understandingly.  She looked carefully at Aiden’s arms, full of cards. She squinted and drew up one end of her pretty mouth, revealing a surprising dimple in her cheek.

“And what are we going to do about those cards?” she asked, tapping her pencil lightly on the blotter laid out before her.  “Do I need to call your mothers?”  She reached for a microphone close by, which was connected to the intercom system.

“Oh, no.  No, that’s not necessary.  That’s not a problem,” Evan reassured her.  “If you have a box we can put them in, we’ll have them put right in a jiffy.  We can alphabetize with the best of ‘em.”

“And numerical order?” teased the librarian.  “They are Dewey Decimal, after all.”  She pulled a box out from under the desk, and Aiden dumped the cards in it.

Aiden pointed at his chest.  “I’m the words guy.  He’s the numbers guy.  Between us, we can do anything.”

“That’s the spirit,” laughed the librarian.  “There’s a table back here, behind the sound-proof door.  Maybe that’s a good place, in case you and your—sister…”

She glanced at Sam, who was hitching her backpack up on her shoulder, and shifting, from foot to foot, never once casting a glance their way.

“Great idea!” said Evan, taking the box, and striding toward the glass room.

Aiden rushed back to get Sam. He dragged her away from the peering eyes of the library’s guests, some of whom looked suspiciously like the seniors he had mocked, an hour or two ago, at the movie theater.

“Don’t forget the drawer!” whispered the librarian, and Aiden ran back to get it.  Moments later, he slipped into the soundless chamber, just behind the woman of his dreams.

For a mourning short-short story about damage to something old and valuable to us all, read my tribute to Notre Dame in Paris, after it burned, Fire Escape.