You are here: Home / Let Bygones be Bygones:Archives / Blogposts of Yesteryear / Should-Be-Dones
January 20, 2018 by Andrea LeDew 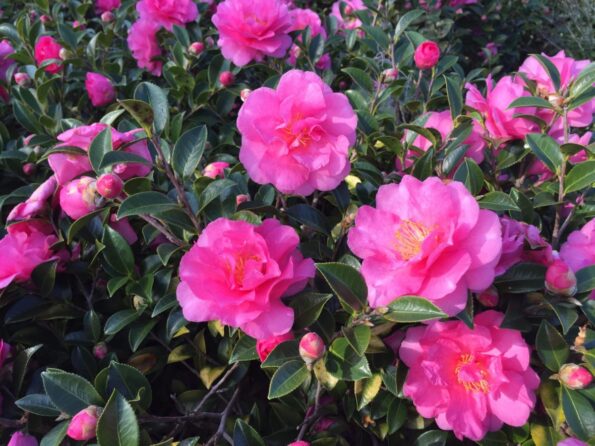 In addition, the bills need to be paid, you need to, somehow, get yourself showered and fed.  And if you work at all, or once did so, you have to keep up with your chosen profession, and yes, even make money.  Then, on top of it all, you have, in a moment of weakness, volunteered to organize, supervise and subsidize your kids’ entire pre-college education…

At times like these, one tends to think twice about the decisions one has made.

My early years as a homeschool mom were bright and full of optimism.  I imagined that we would go out on a daily basis to do some fun learning activity, hit the books either before or after, and easily cover a year’s worth of material in a semester.  We would join homeschool groups and do sports or music or arts activities, and stay very busy from dawn till dusk.  The house would be spotless, since we would have an army of willing little elves (well at least two) to help with housework.  And they would be perfectly trained to clean up their own messes, so there would be very little housecleaning to do, anyway.

That’s what I thought.

Turns out, that we’re still working on the helping out part, years later.  It also turns out, that none of us has an unlimited supply of energy, day in and day out.  We go out of the house less, not more, these days.  But I would not count our homeschool as anything less than a success.  And here is why.

A Clean House is an Empty House

Naturally you have to do the tasks that are required to keep your place livable and safe.  But I don’t stress too much about trying to keep a perfect, Good Housekeeping award-winning house.  Kids don’t, as a rule, appreciate it.  And they certainly aren’t very eager to help achieve it, at least in my family.  Kids want to work on the business of being kids.  This means they don’t want to be slowed down by obligations, when there’s nothing in it for them.  And isn’t that true for all of us?

I remember when my older son was still in the autism classroom, and they would use tokens, or candies, or other “payment” systems to motivate him and his classmates to follow a pre-ordained schedule, and to cooperate, as they transitioned from activity to activity.  Some of you with kids on the spectrum may be familiar with the concept of being “stuck.” Being “stuck” in this context, means, more or less, not wanting to move from a preferred activity to a non-preferred one.  The teachers found that a token system helped get kids un-stuck, and was the easiest way to ensure good behavior in the group.

Despite this very practical advantage of their system, I, as a purist, was incensed!  They were bribing my child!  How could he ever learn to love knowledge for its own sake, if his experience was sullied with appeals to his basest desires?  This was the same in my eyes as paying $1 per A on a report card.  Education was, surely, an end in itself??

Perhaps it is, for kids who like going to school, who like to read and write and calculate.  But for kids who view that environment as torture—well, you have to give them a good reason to be there.

The teachers asked me, at the time, “Would you work without a paycheck?”

Setting aside the irony of this question, in the case of a stay at home mom of four, like me, who has been homeschooling (for free) for eight years…

I’ve heard this paycheck argument many times since. And from the perspective of the kid, it makes a lot of sense.

I try to remind myself, every once in a while, that while I’d love to have a perfect house, I would rather be sure my kids are getting educated.  The housework is, after all, my job, not theirs.  I can delegate, and I do, when things need to be done urgently.   But under normal circumstances, there has to be something in it for them.

When I get really exasperated, I remember this: When they leave, it will be much easier to keep up my house. For now,  I think I’d rather have them around.

Not Your Decision Alone

As your kids get older and into their teen years, you run into other problems.  One is, that suddenly your child has a will of his or her own.  And is very insistent upon asserting it.  Rather than having free reign to schedule multiple activities, and having the children follow your lead without too much fuss, you now have contrary opinions to deal with.  You have push-back.

This can be productive or unproductive.  Most parents want input from their kids on how the learning process should go.  Would you rather work at noon or at night?  At a table by hand, or on a computer or laptop?  Standard book curriculum, or classes online?

So many decisions are made in the teen years.  And so often we, as parents, make decisions solo.  They seem good, thoughtful, and well-reasoned, at the time.  And then we climb aboard the metaphorical horse of homeschooling, and find ourselves promptly bucked off.

Something like that happened to me recently, when I ordered a set of books over Christmas break, to fulfill my younger son’s reading requirements for high school.  When I told him about it, a week later, he informed me that he intended, instead, to take a course in English on virtual school. 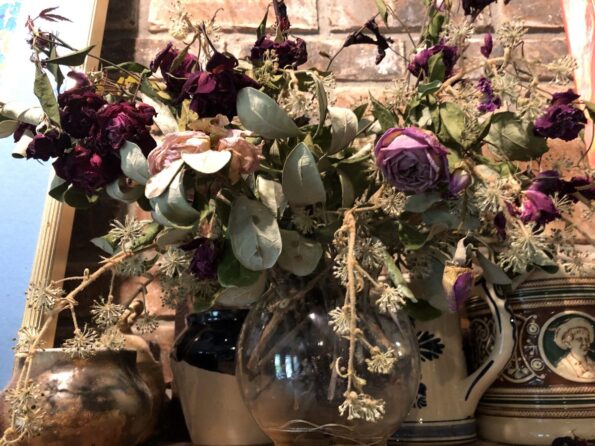 Now, it may be, that only a long-time homeschool parent can understand the kind of hurt, that choosing to go virtual can bring upon an idealistic mom like me.  A thousand should-haves popped into my brain.  It was a blow to my pride, humiliating.  I felt  at once angered and ashamed.

What?  I’m not good enough for you?  I have sacrificed money and career to take this path, and now you want to take another road?  Where have I gone wrong?  How could you do this to me?

This was my initial reaction.  Utterly silent, of course.

I probed a bit.  Are you sure?  What about this? Wouldn’t you rather?

But no, he was firm.  He had made his decision, and was looking to me, not for affirmation, or permission, but for implementation.  I don’t know just when, but suddenly, I became the tool, not the craftsman.  It was, after all, his education, not mine.  It was time to turn over the reins.  To let him drive for a while.

Keeping All the Balls in the Air

A similar situation is coming up, with my older son.  He will soon be 18.  It’s hard to believe that number crept up on us so quickly.  He has autism, and some delays, and so he has always seemed a little younger than his age anyway.  He had to stay back a year, even while in school, because of the state policy mandating that all kids who fail the 3rd grade standardized test in reading, fail the grade.

He’s not done with his education, not by a long stretch, and will continue till 21, if I have any say in it.  Still, 18.  That is definitely a milestone.

This is the type of turning point that brings on, inside my head, a million self-recriminations.  But following all the “shoulds” in the world would not be enough, to ensure that a child with a disability does well in life.  Because there is so much uncertainty, because the job varies from child to child and from year to year, homeschooling can feel like a juggling act.

My younger son has recently been playing with three mandarin oranges, or tangerines, honing his juggling skills.  At first, he dropped one every time.   Slowly, he improved, and only every second or third time did one fall to the floor.  He began to practice in the bedroom, over the bed, so he didn’t have as far to reach, if one fell.  And, slowly, he built up a rhythm.

Our rhythm is always being interrupted, and then regained, in our homeschool.  We’re always dropping one ball or another, adjusting a trajectory, working on our timing.   And now, it’s beginning to feel, with both the boys, as if we are starting to juggle together, as a team.  Learning how to pass, without dropping.  Passing the responsibility of moving along all the elements of their education.  From the parent to the child.  Who is no longer a child, after all, but nearly an adult.

There are many demands on our time and attention as homeschooling parents.  But all the little demands culminate into one that  is, perhaps, the most important of all:  passing the torch.  It seems a little precarious, a little dangerous, much like the acts of fire-throwers at a carnival.  Much tougher than juggling oranges.  But  of all the  shoulds on the should-be-done list, this is one that every parent, eventually, must do.