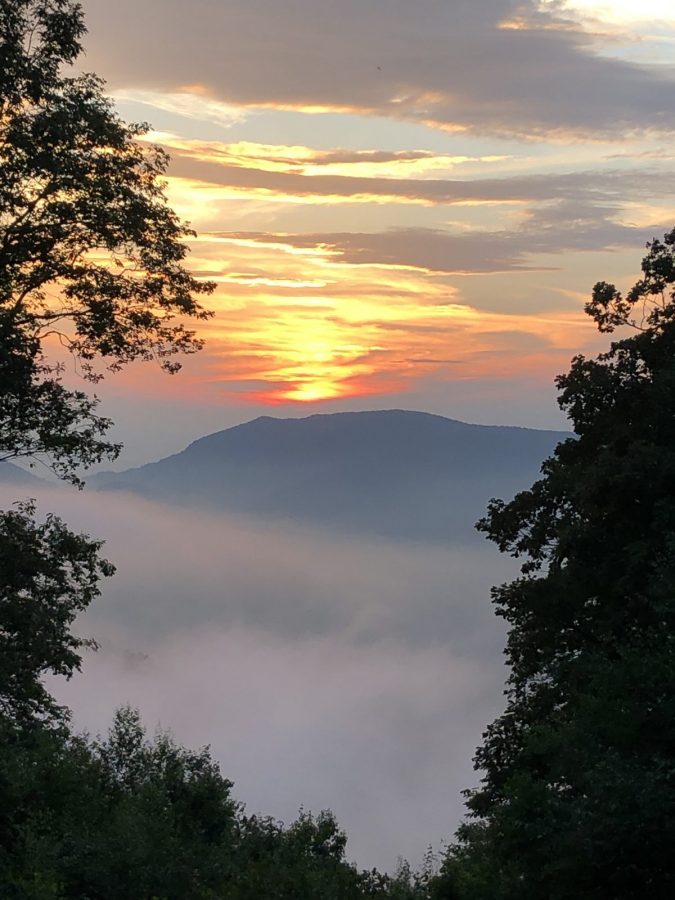 This poem is set at my father’s cabin and reminds us, that places are not the same, without the people we expect to see there. A toast to all those we miss this winter! Thanks for coming by to read.

In dreams, I slowly seek to climb

The staircase of my father’s house,

The knotted pine beneath my tread,

The beams above, that scrape the boughs.

Out West, the mountains lift the sky

And spread a sunset tablecloth

The flanking forest, fringed with moss.

I sit upon his smoky chair

And gaze upon the view he picked.

Upon the planks, he sank and smoked,

And found his tribe, among the sticks,

And burned the refuse of each storm,

And walked the dog down rutted lanes

So steep, that none but fools would pass.

To be alone, to lose onesself

To be a hermit on a hill

Was all he wanted, after her.

And now he’s gone, the house passed on.

And suddenly, I feel so old.

The woods, at last, are one with him.

For another poem describing a hermit, read Big Sky. For another song of remembrance, read Superior Haunting.