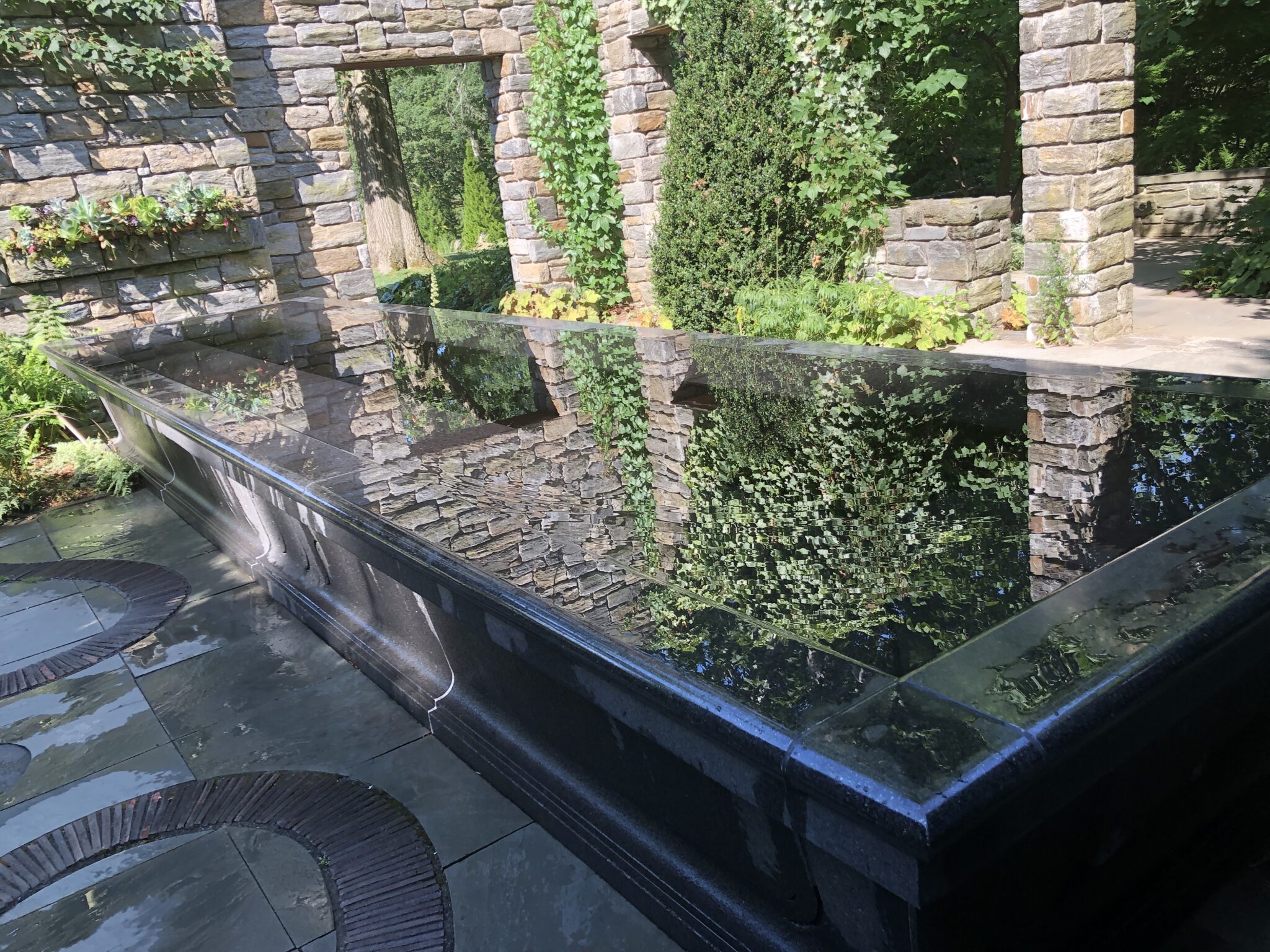 You are here: Home / Let Bygones be Bygones:Archives / Fiction of Yesteryear / Them Falls
November 24, 2018 by Andrea LeDew

{This is in response to a prompt from What Pegman Saw, a weekly photo prompt, where the task is to write 150 words about a region selected on Google Maps Street View. This week we are near Provo, Utah, at Bridal Veil Falls, in the U.S.

I took liberties with the voice, and with references to religious figures.  Remember, this is fiction, and no harm or insult is intended.  Whether or not Bridal Veil Falls is. actually, anywhere near the Mormon Trail, is a fact I could not squeeze out of Wikipedia, so please enlighten me, if you know.  We’ll pretend for now, that it is.

You might be able to tell, that I’ve been watching the latest Coen Brothers movie, The Ballad of Buster Scruggs, which is a Western! The crux of this story lies in the homonyms: veil, as in, what a bride wears, and vale, as in valley.  Saint Petey is a reference to St. Peter at the Pearly Gates, in Heaven.}

In Heav’n, not much gets my goat, but this does.  Durn near two hun’erd years.  And they steel get the name wrong.

Back then, thousands were comin’ cross-country from Nauvoo, Illinois, me among ‘em.  Wagon after wagon on the Mormon Trail.  We were  followin’ that charismatic preacher and teacher, Brigham Young.  Poor man had forty-seven childern, by the time he were done.

I got close to Brigham, once.  He ruffled my petticoats sumpin awful.

Bein’ promised to Brother Earnhardt, from the back o’ beyond, din’t help.  Wife number ‘leven!  Pree darn insultin’, if ya think on it.

Hours before our weddin’, Brother Earnhardt foun’ out.  He done tossed me, fi’teen and pre’nant as a pumpkin, right o’er them falls.

Them falls is called, from where I landed.  Not what I had on!

I warn’t wearin’ no veil.

And it shore warn’t white.