Who Only England Know

You are here: Home / Let Bygones be Bygones:Archives / Who Only England Know
February 27, 2017 by Andrea LeDew

“And what should they know of England, who only England know?”

If you are like me, you are a PBS Masterpiece junkie.  Anything dramatized by BBC and taking place at least twenty years ago, with gorgeous costumery, will strike your fancy.  So you must be as thrilled as I am, to watch the early days of Queen Victoria’s reign in Masterpiece’s Victoria.

What is it about England, and English history, that fascinates Americans so?  The common language helps, of course, but what is unfamiliar draws us, too.  The idea of royalty, even of mere nobility, we find alluring, even though titles were something our founding fathers disdained and deliberately forbade.

The strange English formality, or propriety– what we perceive as snobbishness– strikes us as refreshing: we, countrymen, who are on a first name basis with our baristas. Many Europeans have told me point blank: we smile too much.

We do have a bit of an inferiority complex when it comes to England and all things English.  Or should I more properly say British?  Well, seeing as I majored in English, NOT British, I will stick with that term.  But even having majored in the language and literature of England, I have never actually been there. No matter how many Masterpiece shows I watch,  I cannot claim to “know” it. 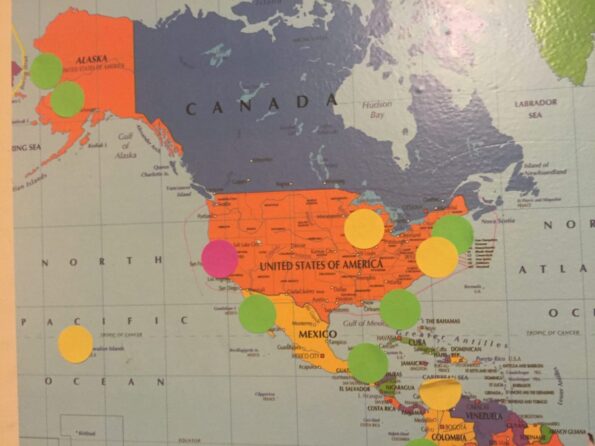 Perhaps our young nation is getting over this inferiority, in this era of “America First.”   But I hope not.

We would be very ill-advised to ignore the rest of the world, or consider their interests secondary–rather than intrinsic– to our own.  Especially anyone charged with the education of children.  First of all, we would be bypassing a very interesting course of study.   My sons have spent many pleasant hours discovering fascinating facts about countries around the globe and sharing their “travels” with friends.  Secondly, we would be doing a disservice to the children who must live in this world they know nothing about.

As a college student, I spent some time in Germany, and after that, a fair amount of time in the States, just hanging out with foreign exchange students.  Once, at our little Stammtisch, or weekly happy hour, we went around the table, trying to recite the countries of Europe from memory.  Every college-educated American at the table failed miserably.  Every German got them all right.

In geography, we really should have an inferiority complex!

“Who only England know”:  You could read Kipling’s line as lamenting the fact that most of the British were not well-traveled. The British Empire was in full swing then, and stretched across the globe (including places like India, where Kipling himself had lived).   England was so much more than just an island in the North Atlantic.  And yet that was all that most of the English people had ever experienced of it. 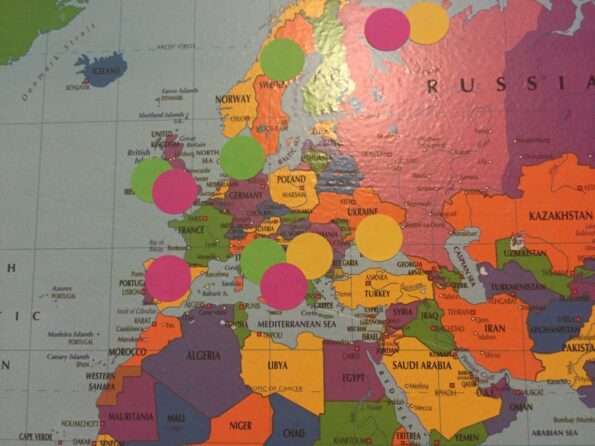 What if we substituted the word “America” for “England”:  “And what should they know of America, who only America know?”   It seems to me that the line applies just as well today.  Who are we to assume we are superior to the rest of the world, having never left our borders to see what exists beyond?

Who are we, to discount the languages of the world as inferior, or not worth our time?    Few Americans –other than immigrants–learn more than two years of any language, other than their own, in their lifetime. Students I met in a German Gymnasium, or high school, had been studying Greek and Latin, German and French as well as English, pretty much from fourth grade on.

Why?  Well, I suppose that if you live in a country the size of Oregon, and share your native tongue with only three or four other countries in the world, you begin to see the utility of learning a foreign language.

But what do we give up when we isolate ourselves, or fail to see beyond our shores?  Most of all, we abandon any pretense of self-knowledge.  In a gathering with other foreigners in Germany, a Canadian berated me for referring to myself as an “American.”  “We are all Americans,” he sneered.   From Alaska down through Central America to Cape Horn.

We expect this kind of comeuppance on  Masterpiece.  But we, as a nation, are quite deserving of it in real life.  We cannot see, or choose not to see, what other nations think of us.  How can we address the error of our ways, if we never look in the mirror?

This is where travel and a good grounding in geography, history, languages and current events can help homeschoolers defeat the stereotype: “Dumb American.”  A little art, poetry and music won’t hurt, either.  Reading broadly and with appreciation, as well as a bit of skepticism, we can try to see ourselves as others see us, and maybe we will succeed in finally “knowing” America,  by knowing what lies beyond.

Previous Post:Make Hay While the Sun Shines
Next Post:Day in the Life: Chaos Theory